The 2011 United Nations Food and Agriculture Organization report “The Future of Sharks: A Review of Action and Inaction”, which was generated to discuss any progress made in regard to shark conservation over the last decade, pointed to no viable positive changes or impacts. As a point of fact, roughly 30% of all shark species are currently threatened by extinction and it is estimated that up to 73 million sharks are killed every year for the sole purpose of garnering their fins for shark-fin soup, which is considered a delicacy in many Asian nations. 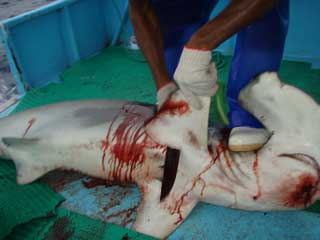 Shark finning itself, refers to the brutal removal of shark fins, usually accompanied by the discarding of the rest of the sharks’ bodies back into the ocean. In some national waters, this has been outlawed and the entire body of the shark must be brought back into port before the removal of the fins, however, legal, as well as illegal finning is still practiced on a widespread scale across the globe.

Obviously, shark finning generally happens at sea, where the fins will be removed and the rest of the shark’s body can be disposed overboard. When the shark is dumped back into to the ocean without fins, the animal, rendered helpless and bleeding, sinks to the bottom, where drowning or predation by other sea life occurs. The reasoning behind the heinous shark finning practice is also obvious. A shark fishing vessel can carry an extremely large number of valuable fins back to port, if not burdened by the “excess baggage” of the rest of the shark carcass, which is basically considered to be unpalatable. Shark fins go for big money. A single dried fin can be valued up to $300. 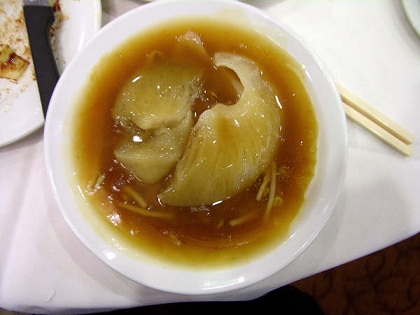 According to the United Nations, the top ten reporting countries that are responsible for catching 640,000 tons of sharks annually(80% of the reported total, globally) are Argentina, India, Indonesia, Japan, Malaysia, Mexico, Spain, Taiwan, Pakistan and the United States. Please note that a great number of shark catches are not reported at all. The United Nations report can only provide information that has been reported to them. A large portion of the shark finning practice is performed illegally off the coast of several nations, including Ecuador and Costa Rica. Shark population has dramatically declined off the Costa Rican coast, even though shark finning is illegal there. At Costa Rica’s private facilities, Taiwanese finning ships regularly dock to avoid inspection by Costa Rican officials and the majority of shark fins are exported to Asian nations.

The public exposure of the illegal side of this extremely lucrative industry in Costa Rica, is the true reason why Paul Watson of the Sea Shepherd Conservation Society was detained in Germany over a warrant issued by the Costa Rican government. Paul’s efforts during the filming of the movie “Sharkwater” placed a very bright and global spotlight on this ecologically destructive, brutal practice. 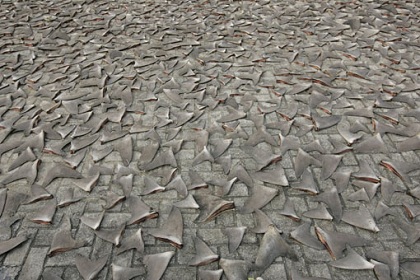 Very little has been done to solve the shark finning problem, globally and even here in United States waters, finning is still legally practiced. In January of 2011, the Shark Conservation Act was passed in the United States which was supposed to curb 90% of all finning in U.S. coastal waters, however, even though the new law dictates that all sharks must be brought to shore with their fins attached, North Carolina Senator Richard Burr was able to secure an exception for commercial fishing of smooth dogfish. In other words, fishermen can still remove the fins of smooth dogfish and toss the rest of the carcass overboard. 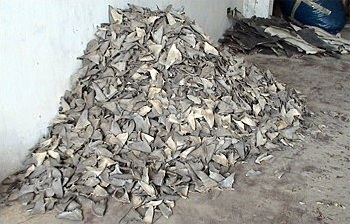 The practice of shark finning is becoming more well-known and increasingly discouraged all over the world. It has been featured in such documentary as the aforementioned “Sharkwater” and “Sharks: Stewards of the Reef“, which contains footage from Western Australia and Central America. It exposes shark finning’s cultural, financial and ecologic impacts.

Richard Merritt, an underwater photographer who has witnessed the finning of live sharks in Indonesia, captured depictions of immobile, finless sharks, lying at the bottom of the sea, still alive and suffering below the fishermans’ boat. Illegal finning has also been witnessed and filmed within protected marine areas in several other parts of the world.

All over the world, many species of shark have seen a decrease in population by up to 80% since the 1970’s due to several factors, the most devastating being a lack of proper restrictions and poor policing of fishing practices. A growing demand for shark fins, to go along with modern fishing methods are the major cause for the rapid global decline.

For those who do not realize, sharks are a keystone species and one of the top predators in the oceans. The loss in shark numbers will cause drastic and irreversible damage to the ecosystemic balance. They are not mindless eating machines but rather, an integral and necessary part of the oceanic environment’s sustainability. Research has shown that a decline in shark population negatively impacts living coral reefs, just as a loss in number of another keystone predator on land, the wolf, negatively impacts flora in the ecosystem. All living things have a purpose and place on this planet, a function that humanity has continually failed to respect.

Pressure from the agriculture companies and hunting groups to stop wolves from attacking livestock and sport game has finally stripped the wolf of endangered species protection. The Michigan Department of Natural Resources(DNR) has been lobbying […]

Some have asked us why we chose to use the acronym, AELLA, to represent our organization. I actually came up with something similar to the word, which was short one letter from its current “AELLA” […]

Well, just when you didn’t think humanity could get any more sadistic through a totally apathetic viewpoint, along comes Mitch Head defending the notion of sadism by indifference in his defense of the the hatchery, […]