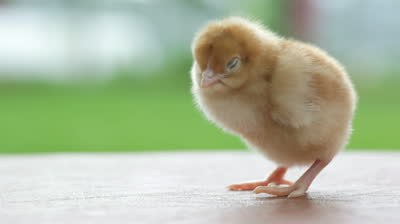 Be kind to a highly intelligent & loving species

1 Comment on Be kind to a highly intelligent & loving species

In reference to land-based animal agriculture, birds are by far, the most abused, tortured, murdered and consumed animals on the planet.

The complexity of their intellect and social structure have gone unnoticed by the general public, thereby making it easier to accept the idea that it is “okay” to eat chickens, turkeys (birds in general), eggs (their production causing insane abuse/death to both infant and adult chickens), etc… The truth is that all birds are actually very social, loving and highly intelligent creatures. The mental and emotional capacity of birds in particular, have been severely underestimated.

Dr. Lesley Rogers, Professor of Zoology at University of New England, Australia, who conducted studies on the “bird brain” and social behavior, reported that “It is now clear that birds have cognitive capacities equivalent to those of mammals, even primates.”

From the January 12, 2003 article, “If Chickens Are So Smart, Why Aren’t They Eating Us?” in the New York Times, Dr. Chris Evans, Professor of Psychology at Macquarie University, Australia, stated “Chickens exist in stable social groups. They can recognize each other by their facial features. They have 24 distinct cries that communicate a wealth of information to one other, including separate alarm calls depending on whether a predator is traveling by land or sea. They are good at solving problems. ‘As a trick at conferences I sometimes list these attributes, without mentioning chickens, and people think I’m talking about monkeys. Perhaps most persuasive is the chicken’s intriguing ability to understand that an object, when taken away and hidden, nevertheless continues to exist. This is beyond the capacity of small children.”

The work that Dr. Irene Pepperberg has compiled through the Alex Foundation for over 30 years in regard to the study of “bird brain” is some of the most telling research ever performed concerning the mental capacity of birds. Dr. Pepperberg’s studies on African Grey parrots are to determine the cognitive and communicative abilities of the birds, as well as to compare their abilities with those of great apes, marine mammals, and young children. It has been an ongoing Harvard study of the mechanisms of bird learning capacities. Thus far, Dr. Pepperberg’s work has concluded that the term “bird brain” does indeed, need to be redefined as the intelligence of an African Grey parrot, rivals that of the dolphin and is well more advanced than small human children, as well as other primates.

Dr. Christine Nicol, Professor of Veterinary Science at Bristol University, England, reinforces with a statement made to the British Association Festival of Science at Leicester University: “‘They may be ‘bird brains’, but we need to redefine what we mean by ‘bird brains’. Chickens have shown us they can do things people didn’t think they could do. There are hidden depths to chickens, definitely.”

It hurts us deeply to see the dismissal of bird intelligence as an excuse to exploit or eat them (as if intelligence should be a factor when deciding to inflict slavery and murder). They are extremely emotional, loving and highly intelligent beings, capable of much more than humans take the time to notice.

Please keep some of this in mind before taking a bite out of that chicken or turkey sandwich. Consider that in the United States alone, we currently slaughter over 300 million turkeys, some 45 million of which are murdered specifically at Thanksgiving, and globally, tens of billions of chickens die for food purposes, annually (along with roughly 1 billion male chicks that are tossed in dumpsters or grinders, alive).

Please look into the cruelty-free alternatives. There are wonderful vegan products that are more healthy for you and they are absolutely delicious.

Please be kind to birds. Don’t eat them.

I pledge to not serve an animal for human consumption this Thanksgiving!!